The Importance of Overseas Experience in the Job Search 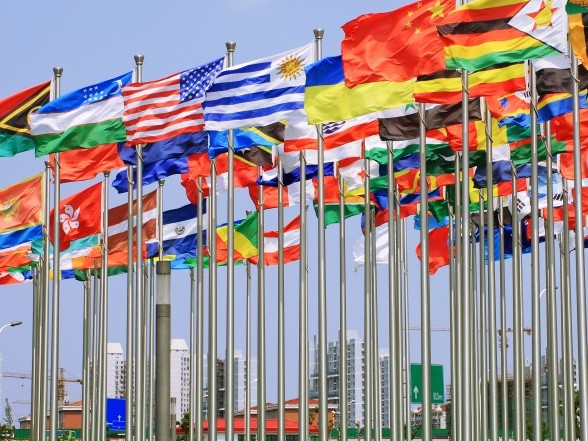 Doing a study abroad program or an internship abroad is not a new concept. It’s also pretty well known that it’s a good idea to do it at some point. Though, many people fail to realise the true value of going abroad during their time in university.

What is going to matter is how that experience benefits your potential future employer.

Here are a few of the major benefits of going to another country to study or do an internship from the employers point-of-view:

If you spend a fair amount of time in another place, it’s a good idea to pick up some of the language. Even if it’s a language you likely won’t ever speak in a professional setting, it’s a point of difference and employers like people who are unique.

The business world has become so globalised that no matter what industry you go into, it’s very likely that you will deal with clients or customers from around the world. It may be virtual or face to face, but knowing the basics of other cultures will open you up to professional opportunities depending on type of job your doing. Further, understanding other cultures will hopefully keep you from embarrassing yourself or offending anyone else.

3. Learn how to think on the fly

Travelling overseas often puts you to the test in ways you couldn’t imagine. You might find yourself stranded with no money in a town where nobody speaks the language. It’s a scary thought, but you’ll figure it out eventually and come out on the other side as a stronger person.

4. Change the way you think

Exposing yourself to new places will also expand your interactions with other people, ideas and beliefs. If you travel to a new place and come back without changing the way you do things at least a little, then you aren’t doing it right. Travelling should expand your thought process and employers like people who are always coming up with new ideas.

One of the main benefits of going to a new country for a bit is simply to stand out in the eyes of the employer. Every major university pumps out hundreds or thousands of new graduates ever year in the same industry that you’re in. It doesn’t matter what industry. There is a lot of competition out there. Good grades won’t mean a thing because guess what? Plenty of other people have the same marks or better. Though, not everyone has been bold enough to go abroad and put themselves to the test without having to be forced into it.

If you haven’t considered going overseas yet and you’re still in university, I can’t recommend it enough.  It will help a ton when it comes to the job search and not travelling is one of the biggest regrets people have later in life. So it’s a great way to put yourself ahead of the curve and have a blast at the same time!

Ryan Evans
Prior to joining Career of the Day in 2014, Ryan worked in a variety of roles near Seattle, WA, where he grew up. In 2012 he started his own contracting business and led the first international expansion of a large US company into Canada. He then went on to work as a business strategy consultant for various startups in Vancouver, Canada. After moving to Melbourne in early 2014, he graduated from Western Washington University and joined Career of the Day. As the Senior business Manager, Ryan uses his broad international experience to develop and implement new products and services for Career of the Day's largely international client base.
Previous post
Next post